We've been having a craptacular week here. The Little Emperor came home from school on Tuesday with goopy eyes, which wasn't too surprising, because kids in his class have been sharing that lately. Over the weekend, I started coming down with a cold which has hit me hard. You know how some colds just kind of slow you down a bit, but really, you go right on with life and it's no big deal? And others? The expression "It's just a cold," was not meant to describe those germs. I started with a four day sore throat and have coughing and sneezing and stuffy sinuses. My temp has fluctuated a bit, but stayed under 100, so it's not influenza. It's just a really obnoxious rhinovirus. I've been sleeping an extra four hours a day when I can and just dragging through the waking hours. Mr. SABLE took some days off, so I could rest while he did kid duty. 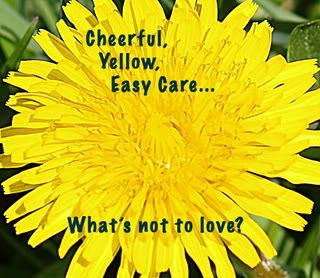 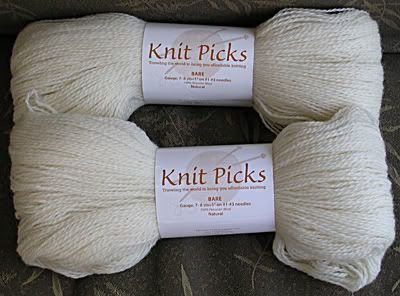 I got a paler yellow this year than last, but I used proportionately less alum and cream of tartar to mordant the yarn and probably a lower proportion of dandelions, and I probably didn't let everything cook as long this year, either. 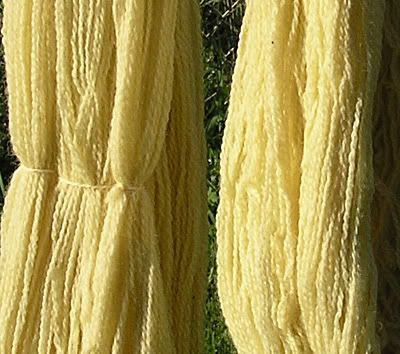 Still, it's nice yellow yarn; enough to be a major component of a fair isle garment.

What a nice way to use up the dandelion population. :)

What a beautiful mellow yellow! Hope you are on the mend. I had that sucker last week and it was NOT fun! Hang in there!

That is really cool! I would love to see the color of rhubarb... mmmmm...

I love it! I hope my frozen ones will work.
Hope your cold clears up soon!

Love it! Rhubarb sounds even cooler though, I wonder what color it will stay.

Ours are weeks away, tress are juuuust starting to bud.

Oh, my sainted aunt! You have enough rhubarb to sacrifice some of it for dyeing ?!?! (sigh)

I'm so delighted to see that your dandelion dyeing is a ritual of sorts. Thanks for sharing. And the pale yellow is lovely.

Mr. SABLE is sure a keeper! Love the dandelion yarn - anything having to do with dandelions, really. I'm the obnoxious one blowing the fuzzy heads every year, just to get directly in touch with my inner child with such delights!

Your friend's sweater above is fabulous - must go look up brioche stitch now.

Using up dandelions this way is absolutely brilliant! That yarn is such a lovely shade of yellow.

Using up rhubarb for dyeing is also brilliant, but don't forget the rhubarb pies with orange zest and custard sauce! Mmm...